10 Facts You Didn’t Know About Google

A lot of us really see the service of Google. We use the online services like google search, G mail, YouTube and Google+ every day. Many of us have a phone featuring Google software and maybe even Google hardware. Google self-driving cars and augmented reality glasses that are cool. But very few people ask themselves the question:

How big is Google and what to expect next?

(Alert: You may actually learn something ) So today we are going to answer that for you but first a little bit of history. The 22 years old Larry Page and 21 years old Sergey Brin meet for a first time at Stanford University. Larry and Sergey soon became good friends and begin collaborating on a search engine called backrub. In 1995 there are about thirteen search engines to choose from and they were all terrible. They didn’t give you back anything remotely close to what you ask for but backrub was different. It had a secret formula and it was called Page Rank.

This one formula was one of the reasons that backrub performed so much better than the other search engines at the time. This was the key, the secret. This formula will indirectly be worth billions of dollars in the feature. On September 15th 1997 Backrub was changed to google.com and the rest as they say is history. So lets get back on the topic of this article –  how big is google?

Google is much bigger than you think (with $367.6 Billion Net worth and rising ), first will look at 5 interesting Google acquisitions of the past, and then we will look a bit deeper into some revolutionary things at the company that they had been doing over the past year. So let’s get started:

We all know what Android is, and no doubt the best part of Android is it open source nature. This allows the operating system to be on anything, from phones to fridges even into cars. Android is everywhere. Out of the 261.1 million smartphones sold in 2014 – 211 of them were running android, and that is over 80 percent. Android had allowed access for countries such as China to really have a serious shot at the smartphone industry. Google is obviously a lot bigger than just android so let’s move on to

I will do no justice to convey just how mind blowingly huge is YouTube – the facts will do this for me. Looking at YouTube purely just as a search engine it’s bigger than Bing, Yahoo and Ask all combined. In fact it is the largest search engine on the planet second to only Google’s own search engine. So it is obvious that people are searching for a lot of things, and this only must mean that there is a lot of content on YouTube but how much continuous video content actually gets uploaded per day? Maybe a week, or one month of continuous video or maybe two? No, try a decade – that’s right over of decade worth of videos is uploaded daily at a rate of 72 hours per minute and that’s just in one day, and this is nothing. For one month, just one month of days there are 4 billion hours’ worth of video watched each month. That’s like 450,000 years’ worth of video watched for just one month. I can go on with the facts but there is a lot more crazy stuff to cover in this article. That’s why lets move to number

Motorola Mobility was in trouble in the early 2010 and Google used this opportunity to get themselves into the hardware side of the smartphone world but in 2014 something very interesting happened – Google sold Motorola to Lenovo for 2.9 billion dollars. This make it seem as Google’s interests were elsewhere, perhaps they just want to hang on to some of the patents they’ve acquired from the acquisition of Motorola. To help Android defend itself against Apple perhaps in court cases in the future or perhaps the one past.

Nest Labs previously created some very beautiful smart thermostats and smoke detectors as part of their goal to create a conscious home and Google is going to help them do that in a very big way. Eventually we may see a home powered by Android and Google Now. These kinds of acquisitions will be quite interesting to watch how they are used in the next five years or so.

This was google first AI company acquisition. Deep Mind can be described as a world-class groundbreaking technology, on the cutting edge of machine learning. They use system neuroscience to build a powerful and general purpose learning algorithms.

What about some of the crazier stuff out there? Well there are certainly some lesser known things going on at Google. Of course I’m mainly talking about Google-X.

Google was part of a world first event – so let’s check out the video down below:

Yeap, as it turns out Google is into the quantum computing game.

So over the next decade we may see home automation from a conscious house, advanced intelligent robotics and the finding a solution for the global warming. But in 10 years just how much will Google own. Their services may already account for almost 40% of all Internet Traffic. In one way it is a bit unsettling to see a company has such a large and growing embrace of every aspect of the technological universe. There is only Microsoft maybe to rival with Google, and no other company out there has the resources and infrastructure to do the research and develop of such amazing technologies.

So what do we take away from all of this? Well you can look at it this way – the founders of Google, Larry Page and Sergey Brin where just two regular guys, two regular college dropouts to be exact, they saw a need, a need for more accurate search and they put their mind to it, and you’ve just seen the result. So the next time you feel like giving up an idea just think about that. Two very intelligent but otherwise regular guys changed the world – so what do you have to lose? Alright, I’m not a life coach but it is still food for thought. If you liked the article please share it – you will help us a lot, and we would love to hear your opinion in the comment section below. 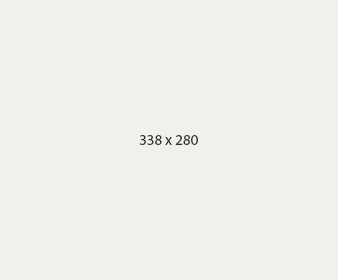